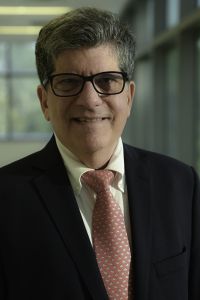 In 1976, Dr. Friedman moved to the University of Florida in Gainesville, Florida.  He performed a surgical internship and a neurosurgical residency, from which he graduated in 1982.  During residency training he did basic neurophysiology research as an NIH postdoctoral fellow (1 F32 NS0682-02).  In 1982, he joined the faculty of the Department of Neurosurgery, as an Assistant Professor.  He received an NIH Teacher Investigator Award (NS 00682-02), from July, 1982 – July, 1987, which funded further research into the basic neurophysiology of spinal cord injuries.  In addition, this award supported the development of one of the first intraoperative neurophysiology monitoring laboratories, subsequently used to monitor thousands of neurosurgical and orthopedic surgical cases.  Dr. Friedman served as Medical Director of the Intraoperative Neurophysiology Service from 1982-1992.

Dr. Friedman was promoted to Associate Professor and received tenure in August, 1987.  In August, 1991 he was promoted to Professor.  In 1999, he became Chairman of the Department of Neurosurgery.  He is the author of more than 300 articles and book chapters and has written a book on radiosurgery.  He is a member of numerous professional organizations.  Most notably, he is a Past-President of the Congress of Neurological Surgeons, Past President of the Florida Neurosurgical Society, and Past President of the International Stereotactic Radiosurgery Society. He was the Founding Editor of Neurosurgery On Call, the Internet homepage of organized neurosurgery.  He was a member of the Shands Hospital Board of Directors for two terms.  Dr. Friedman led the Level I Trauma task force which resulted in the establishment of a trauma center at UF Health.  He was also the first ACGME Designated Institutional Official (DIO) at UF.

In 1986, Dr. Friedman began collaborative work with Dr. Frank Bova, which led to the development of the University of Florida radiosurgery system.  This system was subsequently patented by the University of Florida and licensed to Philips, then Sofamor-Danek, then Varian.  The commercial version of the system has become one of the most popular radiosurgical systems worldwide.  Drs. Friedman and Bova received the 1990 UF College of Medicine Clinical Research Prize in recognition of this accomplishment.  Dr. Friedman is the leader of a multidisciplinary radiosurgery team which has treated over 5000 patients, published more than170 papers and chapters, produced many international meetings, and educated hundreds of visiting physicians. Drs. Bova and Friedman received NIH R01 funding to support their continuing research efforts.

Dr. Friedman is the Director of the Preston Wells Center for Brain Tumor Therapy at the University of Florida.  During his tenure as Chair of the Department of Neurosurgery he grew the department’s endowed funds to greater than $45 million, much of which is focused on finding a cure for malignant brain tumors.  In recent years, Dr. Friedman has also worked hard to elevate the quality metrics of the department and has become a frequent national neurosurgical speaker on quality improvement.

After almost 20 years in the job, Dr. Friedman stepped down as Chair on July 1, 2018, but continues to run a very busy neurosurgical practice. In his spare time he loves travel, hiking, reading, Civil War history, cooking, and time with friends and family.