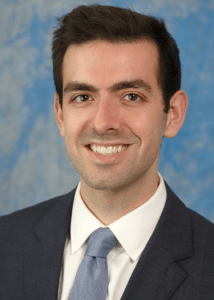 In 2015, he began training in the combined MD/PhD program at the University of Florida. Under the mentorship of Dr. Benoit Giasson, he completed his PhD in Neuroscience focusing on neurodegenerative disorders, where from his work he was granted an NIH NRSA F30 fellowship from the National Institute on Aging along with other research awards including the Toffler leadership award, the Luttge award, and the Bryan Robinson endowment. During his MD studies, he was awarded the Medical Guild merit award for academic accomplishment and was elected to Alpha Omega Alpha. Zachary completed his MD/PhD combined degrees in 2022 and subsequently began training in the neurosurgery residency at the University of Florida.

Outside of medicine and research, Zachary enjoys hobbies including triathlons, upkeeping his salt-water aquarium, and spending time with his wife, Jaclyn, and daughter, Allison.