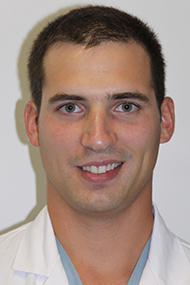 William Romulus Yarborough Carlton Jr., MD, was born and raised in Winston-Salem, NC.  He completed his undergraduate education at the Virginia Military Institute in 2009 with a BS degree in Biology and a minor in English.  He was a four-year letter winner for the VMI Division I lacrosse team, and was elected three times to the MAAC Men’s Lacrosse All-Academic Team.  He served as team captain and was recognized as MVP of the defense his senior year.

In April 2010, he was commissioned into the United States Army as a Second Lieutenant in the Medical Service Corps and participated in the Health Professions Scholarship Program.  He attended Wake Forest University School of Medicine in Winston-Salem, NC.  During medical school, Will volunteered to coach lacrosse each year at his former high school, R.J. Reynolds.

In May 2014, he was promoted to the rank of Captain.  He was then stationed in Gainesville to pursue active duty training in neurosurgery at the University of Florida.  He is scheduled to complete his training in 2021.

Dr. Carlton is a member of Beta Beta Beta, Phi Kappa Phi, Omicron Delta Kappa, and the Congress of Neurological Surgeons.  He is an avid fan of college football, basketball and lacrosse, and enjoys spending time with his wife, Mara, and their cat, Salem.