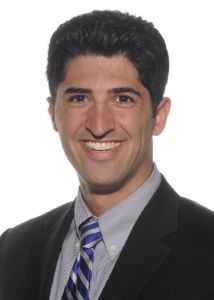 David Mampre, MD was born and raised in Davenport, IA. He received his undergraduate education from Johns Hopkins University, where he played baseball and graduated with a B.S. in Neuroscience. After college, he spent a year performing clinical research in neurology and neurosurgery at Yale-New Haven Hospital. He received his medical degree from Johns Hopkins University School of Medicine, where he pursued neurosurgical research on brain tumors and functional neurosurgery. He began his neurosurgical training at the University of Florida in 2021 and is scheduled to complete the program in 2028. His hobbies include playing sports, playing piano and guitar, and exploring the Florida outdoors.