When Madeline Lee went to her 28-week prenatal checkup, she was not able to see her son’s head in the sonograms. Her doctor later determined that the fetus had abnormal fluid in his brain and referred Madeline to UF Health in Gainesville.

“Needless to say, the results tore me apart,” Madeline said. “They were not at all what I was hoping to hear.”

When she got to UF Health Shands Children’s Hospital, she and the baby’s father, Markieth, met a team of specialists who quickly provided a diagnosis. Their baby boy, Kayden, had an arachnoid cyst, the most common type of brain cyst. This fluid pocket is lined by the arachnoid mater of the brain, which resembles a spider web when analyzed under a microscope. Oftentimes, those with arachnoid cysts do not exhibit any symptoms and, if stable, the cysts do not require treatment.

David Burchfield, M.D., chief of neonatology, decided that when Kayden was born, he would be immediately sent for imaging, be seen by pediatric neurosurgery, and would be admitted to the neonatal ICU at UF Health Shands Children’s Hospital for monitoring. Sure enough, a few weeks later, Kayden was born and the plan went into effect.

Lance Governale, M.D., chief of pediatric neurosurgery, saw Kayden shortly after birth and did not find signs of increased pressure in the head. Kayden also had an MRI, which showed that the cyst was still there, but it had not expanded. Therefore, there was no reason to rush the baby into surgery, and Madeline and her son eventually went home. In order to keep a close watch on the cyst, another doctor’s visit and an MRI were scheduled for a month later. This time, Governale discovered that the cyst had enlarged and knew he needed to take action.

“I describe an arachnoid cyst like a water balloon in a river, with the river being the naturally flowing cerebrospinal fluid that bathes the brain and spinal cord,” Governale said. “To treat the cyst, you don’t need to remove it. Instead, you make holes in the cyst wall so that its fluid flows with the surrounding normal fluid.”

“We arrived to the appointment hoping and praying that the first surgery would go great so there wouldn’t have to be a second or third one,” Madeline said. “He (Governale) was able to perform a successful surgery so the fluid would drain on its own without needing a shunt.”

The procedure went very well, and the cyst significantly decreased in size. Since then, Kayden has experienced no health issues and the cyst has remained small. Now 20 months old, he returns for checkups with Governale every three months.

“When I say that Dr. Governale performed a miracle surgery on Kayden, he really did! The baby that was born with fluid in his brain is now a very healthy 1-year-old little boy,” Madeline said. “I will always be thankful for Dr. Governale.” 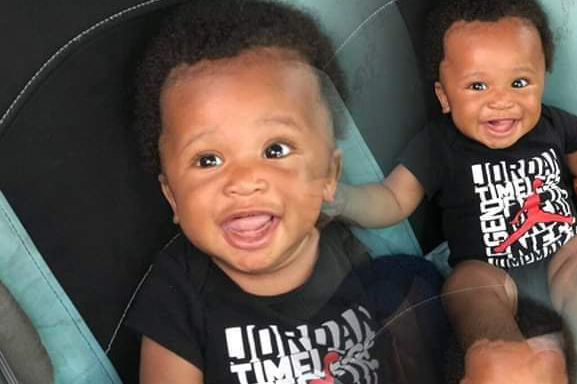